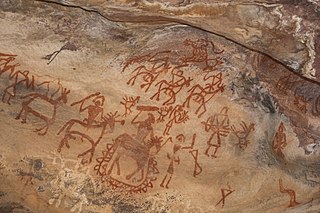 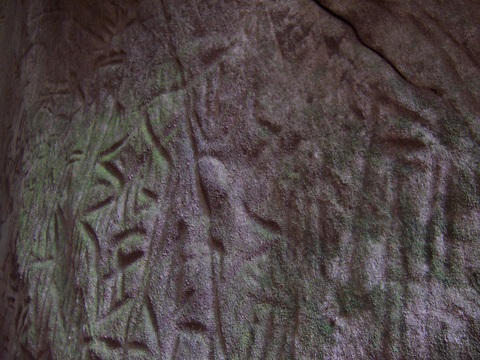 Evidence of anatomically modern humans in the Indian subcontinent is recorded as long as 75,000 years ago, or with earlier hominids including Homo erectus from about 500,000 years ago. Isolated remains of Homo erectus in Hathnora in the Narmada Valley in central India indicate that India might have been inhabited since at least the Middle Pleistocene era, somewhere between 500,000 and 200,000 years ago. Tools crafted by proto-humans that have been dated back two million years have been discovered in the northwestern part of the subcontinent. The ancient history of the region includes some of South Asia’s oldest settlements and some of its major civilisations.

The earliest archaeological site in the subcontinent is the palaeolithic hominid site in the Soan River valley. Soanian sites are found in the Sivalik region across what are now India, Pakistan, and Nepal.

Early Neolithic culture in the Indian subcontinent is represented by the Bhirrana findings (7570-6200 BCE) in Haryana, India as well as Mehrgarh findings (7000-5000 BCE) in Balochistan, Pakistan.

The Edakkal Caves are pictorial writings believed to date to at least 6,000 BCE, from the Neolithic man, indicating the presence of a prehistoric civilisation or settlement in Kerala. The Stone Age carvings of Edakkal are rare and are the only known examples from South India.

Traces of a Neolithic culture have been alleged to be submerged in the Gulf of Khambat in India, radiocarbon dated to 7500 BCE. Neolithic agricultural cultures sprang up in the Indus Valley region around 5000 BCE, in the lower Gangetic valley around 3000 BCE, and in later South India, spreading southwards and also northwards into Malwa around 1800 BCE. The first urban civilisation of the region began with the Indus Valley Civilisation. 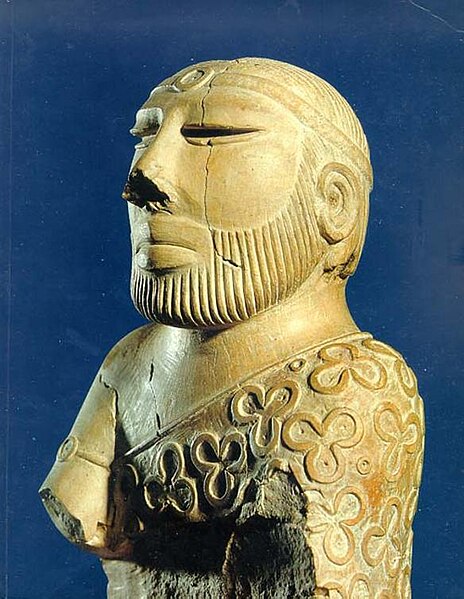 “Priest King” of Indus Valley Civilisation; the statue is carved from steatite.

Dholavira, one of the largest cities of Indus Valley Civilisation.

The Bronze Age in the Indian subcontinent began around 3300 BCE with the early Indus Valley Civilisation. It was centred on the Indus River and its tributaries which extended into the Ghaggar-Hakra River valley, the Ganges-Yamuna Doab, Gujarat, and southeastern Afghanistan. The Indus civilisation is one of three in the ‘Ancient East’ that, along with Mesopotamia and Pharonic Egypt, was a cradle of civilisation in the Old World. It is also the most expansive in area and population.

The civilisation was primarily located in modern-day India (Gujarat, Haryana, Punjab and Rajasthan provinces) and Pakistan (Sindh, Punjab, and Balochistan provinces). Historically part of Ancient India, it is one of the world’s earliest urban civilisations, along with Mesopotamia and Ancient Egypt. Inhabitants of the ancient Indus river valley, the Harappans, developed new techniques in metallurgy and handicraft (carneol products, seal carving), and produced copper, bronze, lead, and tin.

The Mature Indus civilisation flourished from about 2600 to 1900 BCE, marking the beginning of urban civilisation on the subcontinent. The civilisation included urban centres such as Dholavira, Kalibangan, Ropar, Rakhigarhi, and Lothal in modern-day India, as well as Harappa, Ganeriwala, and Mohenjo-daro in modern-day Pakistan. The civilisation is noted for its cities built of brick, roadside drainage system, and multistoreyed houses and is thought to have had some kind of municipal organisation.

During the late period of this civilisation, signs of a gradual decline began to emerge, and by around 1700 BCE, most of the cities were abandoned. However, the Indus Valley Civilisation did not disappear suddenly, and some elements of the Indus Civilisation may have survived, especially in the smaller villages and isolated farms. The Indian Copper Hoard Culture is attributed to this time, associated in the Doab region with the Ochre Coloured Pottery.

Linguists hypothesized that Dravidian-speaking people were spread throughout the Indian subcontinent before a series of Indo-Aryan migrations. In this view, the early Indus Valley civilisation is often identified as having been Dravidian. Cultural and linguistic similarities have been cited by researchers Henry Heras, Kamil Zvelebil, Asko Parpola and Iravatham Mahadevan as being strong evidence for a proto-Dravidian origin of the ancient Indus Valley civilisation. Linguist Asko Parpola writes that the Indus script and Harappan language “most likely to have belonged to the Dravidian family”. Parpola led a Finnish team in investigating the inscriptions using computer analysis. Based on a proto-Dravidian assumption, they proposed readings of many signs, some agreeing with the suggested readings of Heras and Knorozov (such as equating the “fish” sign with the Dravidian word for fish “min”) but disagreeing on several other readings. A comprehensive description of Parpola’s work until 1994 is given in his book “Deciphering the Indus Script.” The discovery in Tamil Nadu of a late Neolithic (early 2nd millennium BCE, i.e. post-dating Harappan decline) stone celt allegedly marked with Indus signs has been considered by some to be significant for the Dravidian identification. While, Yuri Knorozov surmised that the symbols represent a logosyllabic script and suggested, based on computer analysis, an underlying agglutinative Dravidian language as the most likely candidate for the underlying language. Knorozov’s suggestion was preceded by the work of Henry Heras, who suggested several readings of signs based on a proto-Dravidian assumption. While some scholars like J. Bloch and M. Witzel believe that the Indo-Aryans moved into an already Dravidian speaking area after the oldest parts of the Rig Veda were already composed. The Brahui population of Balochistan has been taken by some as the linguistic equivalent of a relict population, perhaps indicating that Dravidian languages were formerly much more widespread and were supplanted by the incoming Indo-Aryan languages.